The laser cutting technique is one of the most widely used operations for cutting sheet metal parts in the industrial and automotive sector. 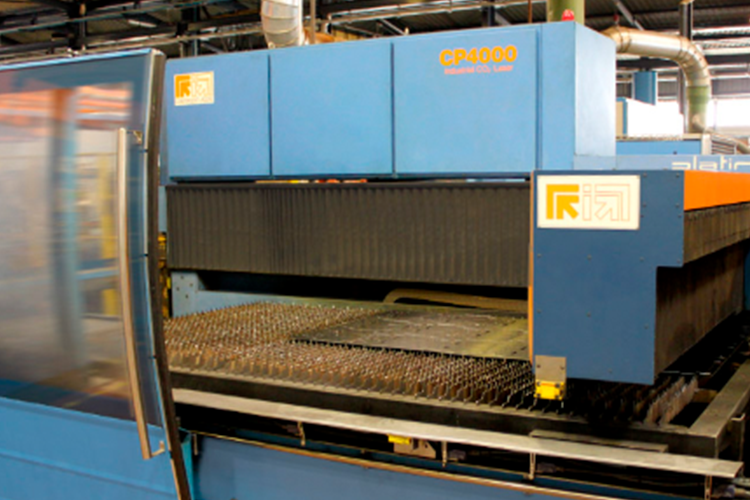 The laser cutting technique is one of the most commonly used operations for cutting sheet metal parts. This process is carried out with a laser cutting machine which, by concentrating the light on the work surface, makes it possible to cut sheet metal parts with precision. Also, to extract the resulting material is important to have a pressurized gas such as oxygen or nitrogen to evacuate the material.

History of the laser cutting machine

This process was first developed in 1965, when a laser cutting machine was first used to drill holes in diamond dies. This technology was designed by the Western Electric Engineering Research Center which, with its machinery, allowed workers in the sector to produce metal parts with greater efficiency and precision, albeit at a higher cost, in contrast to the techniques used to date. Even so, this first design will change a lot over the years.

Only two years later, innovations in laser cutting machinery already appeared. In 1967, the British pioneered laser-assisted oxygen jet cutting of metals. While only three years later, this technology was used to cut titanium in Industrial applications. Similarly, in these years, CO2 lasers were adapted to cut non-metallic elements.

The latest technology on the market, the SOME laser cutting machine

Fifty years later, the technology for developing the laser cutting technique has advanced successfully. At SOME Stamping Solutions we have innovative CNC laser cutting machinery that allows us to modify only the execution programs, without requiring the manufacture of tools.

This great versatility and flexibility, together with its speed, makes SOME's laser cutting machinery a very useful technology both for the laser cutting process, and for the manufacture of prototypes up to longer series that can be used in the industrial and automotive sector.

From the latest generation capabilities of our machinery, we achieve any geometry with great versatility in contour cutting and precision in detail..


Do you need more information?

This website uses its own technical, customization and analysis cookies, as well as those of third parties, in order to facilitate anonymous navigation and analyze statistics of website use. We understand that if you continue browsing, you accept their use. More information | Close